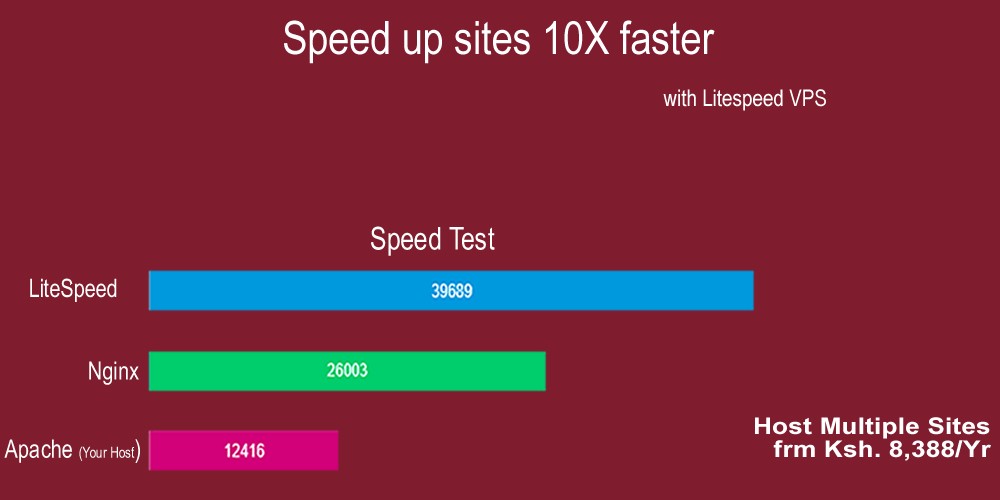 79% of online shoppers who have encountered slow websites and overall poor performance say they won’t return to the site to buy again.

Slow-loading websites discourage readers as well as shoppers and as a result, scares them away never to return.

As a website owner, this doesn’t have to be the case because there’s a simple solution to it: LiteSpeed VPS.

What is LiteSpeed VPS?

LiteSpeed Virtual Private Server is a web server build to minimize the use of resources without compromising security, performance, convenience, or compatibility.

LiteSpeed VPS is overtaking the old Apache Server as the go-to web server of choice because of its capability to handle more connection requests despite its small memory.

Now, if the speed and performance of your website matter to you (and it should), here are some of the reasons why you should move your site to LiteSpeed VPS:

With the rising cases of DDoS and DoS attacks on websites, you need to be running LiteSpeed web servers. This is because these servers have been found to withstand such malicious attacks, unlike Apache servers that crash every time they are attacked.

To withstand attacks, LiteSpeed VPS comes with additional in-built security features such as bandwidth as well as connections throttling.

Running a website that receives thousands of page loads every second is a headache. This is because sometimes your server experiences a downtime which in turn negatively affects your website’s performance.

To solve this issue, LiteSpeed VPS is recommended since it works best when handling huge traffic.

To do this, LiteSpeed stores the cache of your web content and serves them to the visitor without the need to load.

Additionally, LiteSpeed VPS comes with custom PHP LSAPI, a technology that improves the performance of PHP.

If your website is currently running on the Apache server, and looking to speed things up, LiteSpeed VPS is your solution.

LiteSpeed VPS is 100% compatible with Apache servers making your migration easier and smooth.

LiteSpeed, though not free, is more cost-effective than any other web server in the world.

This is because it is faster in serving content and uses less CPU which means if you are running a website that receives heavy traffic, you are saving hosting costs.

How can I get LiteSpeed VPS?

If you are looking for a virtual personal server that will make your website fast, more secure, and fulltime availability? Follow this link to view our affordable plans.